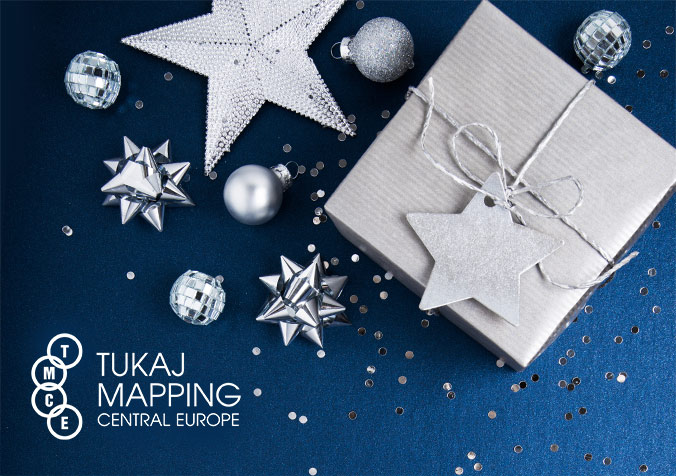 It all began with the unexpected question from the executives concerning our opinion on organising a Christmas party for the employees from Krakow and Warsaw. A party combining the elements of a wafer-sharing party, a Carnival party and a dancing party…

When the evening came and we all gathered around a huge table, we were welcome by a brief speech delivered by the President, We made a toast to healthy and wealthy life and began…eating. It was followed by other dishes, then some more foods and a few more snacks for the dessert. All this with various colourful and transparent drinks.

Somewhere in the middle of the feast, the President offered a surprise. A few of the employees with the greatest merits for the company received original gifts, with commendation and congratulations. In order for other employees not to feel sorry, Santa Claus Ryszard with his elves Mariusz and Aleksander brought presents with the company’s logo for everyone: small hip flasks for boys and thermal mugs for girls. Obviously it was not easy as the group is characterised by considerable spirit of individualism and not everyone was ready to succumb to this division, so finally everyone received what they liked best.

There was a DJ with a charming lady singer who cared for our good mood all the time. The duo took untiring efforts to convince the banqueters to get up and go to the dance floor. Slowly the dance floor was becoming full when small groups gradually went there to dance, after having a few drinks. The integration between branches, departments and particular individuals was thriving and people were dancing and having fun in varied forms and configurations.

One could say that the party could have finished at bright dawn unless it had been December. If the party had been held in summer, the rising sun would have definitely welcome the guests leaving the party.

And we were present there, drinking tea and wine, dancing to the music and describing it all for you here…

This site uses cookies to provide services at the highest level. Further use of the site means that you agree to their use.Agreement